News and important information for your viewing pleasure. 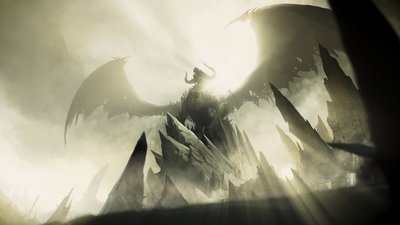 We would like to thank all of our beta testers for their work ironing out many issues. We racked up over 400 "updates" during dev and beta, with many more that were fixed in behind the scenes. We appreciate all the help and suggestions that went into getting things ready. With that said...

As of right now, the server will open to players at 6 PM EST.

Below is some basic server info and what you can expect:

Clumsy's World: Resurgence (CWR) is a Semi-Custom, Legit, PvE Server. The CWR staff is dedicated to recreating a fun, challenging, and social environment for its players. We have been around the EQEmu community since 2006, hosting two other iterations of CW and assisting within the community itself. CWR is not a classic server. Our vision is to take the world and lore as it exists in Velious (and earlier) and build upon it with our own twists and creations.

What the players know, as of Velious, is that Kerafyrm was the illegal child of two opposing elemental dragons, creating a powerful prismatic dragon. Kerafyrm rose quickly to great strengths, becoming an exceptional general, but developed an insatiable hatred and blood-lust. Because of this he was seen as a threat by the Council of Elders and Veeshan sentenced him to death. An acquaintance of Kerafyrm's decided instead to lock him away in a prison, known as Sleeper's Tomb.

During his rise to power Kerafyrm acquired many followers; they were known as Ancients. Who are they, what were their motivations, and what would become of them if the Sleeper were ever set free?

Clumsy's World: Resurgence dives straight into the world you remember and expands on the stories of the Ancients and follows the Resurgence of Kerafyrm. Come join us as we embark on this journey.

Progression Paths: Note: CWR is not a classic-progression server. The players are contained to the Classic-Velious world but will explore beyond that through the progress of our story delivery.

What Can You Expect? All content and items are finely tuned and adhere to a strict progression policy.

Return to “Message of the Day”

Jump to
Powered by phpBB™ • Design by PlanetStyles